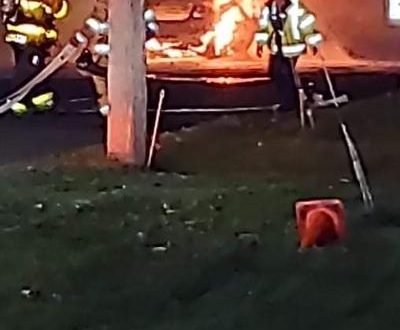 At 2346 hours, a full assignment was dispatched to Route 9-A near Fieldcrest Drive for a serious head-on motor vehicle collision, involving a passenger vehicle and a tractor trailer truck, carrying 12,000 gallons of gasoline, with entrapment and heavy fire conditions.

Responding units, assisted by Fairview E175, found the dispatch conditions and deployed a 2 inch handline and Blitz monitor, supplied with a 2 1/2 inch supply line, both flowing Class A foam.  As a result of these on scene operations, the fire, which was contained to the passenger vehicle and truck tractor, was quickly knocked down and extinguished.

The professional and decisive actions of the members prevented the fire from extending to the 12,000 gallon gasoline tank, which could have resulted in a BLEVE and subsequent explosion.

Assessment of the scene, following extinguishment, unfortunately revealed a deceased individual in the passenger vehicle and the truck driver, who had been able to escape from his cab,  as the only persons involved in the accident.

Scene turned over to Greenburgh Police for investigation.

Engine 137 returned to the scene later in the morning for scene safety during vehicle removal and cleanup.

Job well done, by all, in a potentially very dangerous situation.

Our thanks to Fairview, Tarrytown and Irvington FDs for their continued assistance!! 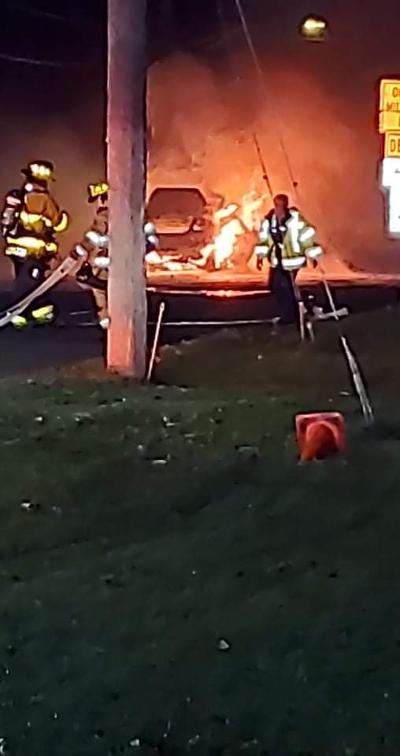 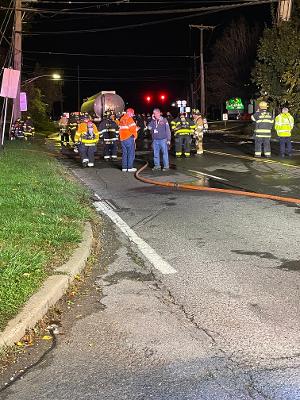 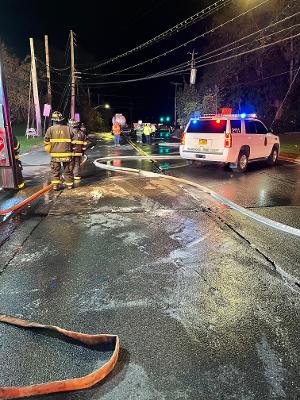 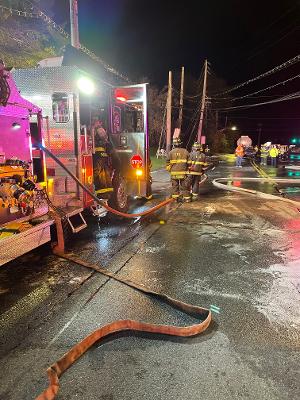 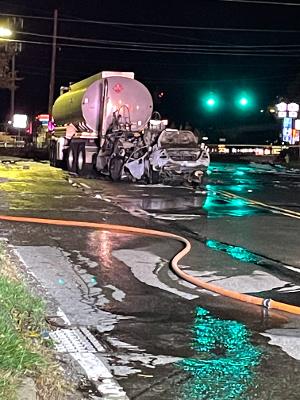 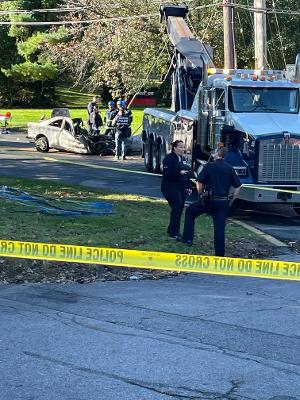 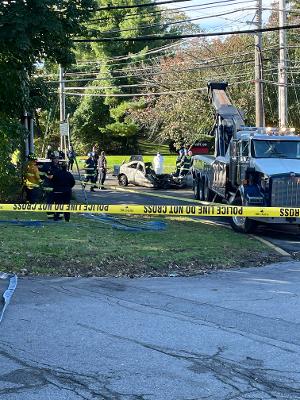 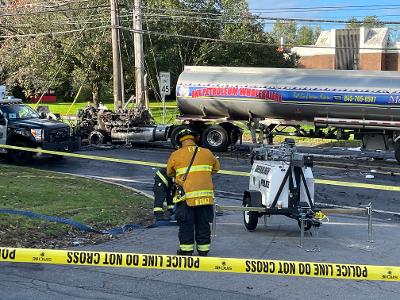